GOP lawsuit vital to protecting our representative system of government 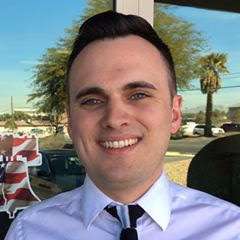 GOP lawsuit vital to protecting our representative system of government

In an effort to defend our state constitution and representative system of government, the Senate Republican Caucus recently filed a lawsuit to invalidate a pair of tax hikes that were passed without the constitutionally required two-thirds support.

After successive, landslide votes in 1994 and 1996, Nevadans amended the state constitution to require a two-thirds majority vote in both houses of the Legislature to pass any bill “which creates, generates, or increases any public revenue in any form.”

Thus, when Senate Democrats sought to pass a pair of bills that would prevent the expiration of one tax and the scheduled decline of another, most expected those bills would require at least two-thirds support to pass.

The Legislative Counsel Bureau, however, determined that a bill which prevents the scheduled decline of an existing tax does not increase revenue and, as such, can be passed by a simple majority vote.

While most would consider the two-thirds provision to be remarkably clear, the LCB found it vague and ambiguous, and ultimately concluded that it only applies to bills that create a new tax or directly increase an existing one.

The LCB claimed that when the constitution references a bill that “creates, generates, or increases any public revenue in any form,” it’s actually only referring to bills that “directly increase revenue,” either by overtly raising an existing tax or creating a new one.

But such an interpretation is strictly prohibited by the rules of statutory construction as articulated by the Nevada Supreme Court, which requires courts to avoid rendering any constitutional text “meaningless or superfluous.”

Because the text of the two-thirds provision references any bill that “creates, generates, or increases” any public revenue, even if one finds that text unclear and in need of further clarification, the resultant definition must be more expansive than just bills which directly increase revenue, in order to prevent rendering the terms of “creates” and “generates” meaningless.

In other words, the constitutional text of “creates, generates, or increases” cannot be reduced to just “increases.”

This is why the LCB’s citation to the state Supreme Courts of Oregon and Oklahoma is not persuasive, as both of those courts were interpreting the narrower phrase of “bills for raising revenue.”

So, what might Nevada’s much broader language apply to, beyond just new taxes or increases in existing taxes as the LCB contends?

Ironically, the answer can be found in the LCB’s own exploration of the intent and purpose of these types of voter-approved constitutional amendments, which were enacted “in response to a growing concern among voters about increasing tax burdens.”

Semantics might allow one to claim that preventing a tax from declining as scheduled isn’t technically a direct increase in revenue, but it unquestionably generates revenue and, more to the point, increases the burden imposed on taxpayers.

Taxes can be thought of as financial instruments where the government collects payments from the public in exchange for producing certain goods or services. Just like bonds or other forms of financial instruments that provide fixed payments over a defined time period, the duration of these instruments is just as important, if not more so, than the payment amount.

One of the unconstitutional bills being challenged by the GOP lawsuit is Senate Bill 542. In 2015, the Legislature imposed a temporary $1 fee that would be collected for five years in order to offset the cost of a new computer system for the DMV.

Nevadans dutifully paid the fee, which raised more than expected, but the new computer system was never implemented after the contractor wasted nearly $30 million due to gross negligence, corruption or both.

Because failure in government is routinely rewarded, the Legislature responded by passing a bill that extended the tax, rather than letting it expire as the original statute required. But notice the absurdity of the LCB’s position: a bill that imposed a $1 fee to be collected for five years would trigger the two-thirds majority, but a bill that would make that fee permanent would not, despite the fact that it would unquestionably impose a much larger burden on taxpayers and yield significantly more revenue than the original bill.

That is basically what happened with Senate Bill 551, which prevented the Modified Business Tax (MBT) from declining as scheduled and, instead, made the higher rate permanent.

Businesses plan and invest based on anticipated long-term costs, including taxes. By changing the law to prevent a scheduled decline in the MBT from taking effect, SB551 unquestionably increased the cost of doing business in Nevada. And because higher taxes on businesses has been empirically shown to reduce job creation, the burden imposed by SB551 will extend to all Nevadans.

Thus, by ignoring the increased taxpayer burden that comes from extending the duration of a tax, the LCB position not only contradicts the plain text of the two-thirds provision, but also its intent.

Adopting the LCB’s position would also create profoundly perverse incentives that would encourage legislators to deceive the public.

This is not a hypothetical concern. Part of the reason Republican lawmakers voted for the Commerce Tax in 2015 was because the law required that some of the added cost would be partially offset by a scheduled reduction in the MBT. As Senator Ben Kieckhefer reportedly said, the scheduled reduction in the MBT “was a mechanism that was inserted specifically to function as it is functioning now and to unravel that, unravels the entire concept of what we approved in 2015.”

By ignoring the plain text of the two-thirds provision and proceeding to reinterpret it in a way that renders multiple parts of the text meaningless, the LCB violates two of the most fundamental rules of statutory construction: First, that courts may not look beyond the statute’s language if it is clear and unambiguous on its face and second, that any reinterpretation of the statute is done in a way that avoids rendering any part of the text meaningless or superfluous.

Further, the LCB interpretation violates the intent of the two-thirds provision by ignoring basic economic, financial and legal principles to falsely claim that extending a tax’s duration does not represent an increase in the revenue collected or burden imposed on taxpayers.

Finally, the LCB interpretation leads to a set of political incentives that encourage legislators to deceive the members of the public they ostensibly represent.

In a representative system of government, where all political power is inherent in the people, it should take much more than semantics and wordplay to subvert the plain text of a constitutional amendment that voters approved by a landslide margin, twice.

The judiciary must uphold the intent and plain meaning of the constitution and require a two-thirds majority vote for any bill that creates, generates or increases any public revenue in any form, so that Nevadans are protected against rising tax burdens, as intended.