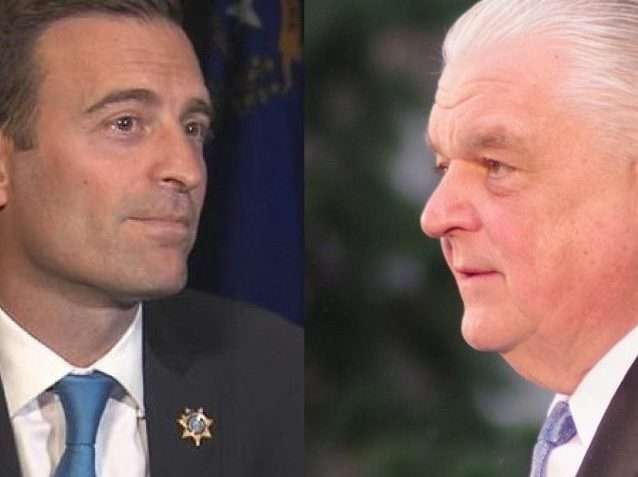 Gov. Steve Sisolak says he is “outraged” that foreign national tried to get into Nevada’s legal marijuana business by giving political donations to key people in the state. He called for an immediate creation of a multi-agency task force to “root out potential corruption or criminal influences.”

The statement came day after a grand jury handed down an indictment charging four Eastern European businessman with campaign finance violations. The newest allegations are that one of businessman donated money to Republican Adam Laxalt through a Super PAC for the purpose of getting through red tape surrounding getting into the marijuana industry. There is no proof that Laxalt had anything to do with it and the allegations come from this recent indictment.

“I was very disappointed to see that any criminal activity would take place and that they would try to infiltrate the marijuana licensing procedure in the state of Nevada and affect our election process,” Sisolak said in a phone interview on Friday afternoon, adding that the activity “as a candidate, concerned me, and as governor, is my responsibility to make sure doesn’t happen, at any level.”

Sisolak said that the task force had been talked about previously after the end of the last legislative session.

“We’re going to use every avenue available to me as governor and so as not to compromise their abilities or the integrity of the investigation I’m not going to disclose who those folks are,” Sisolak said. “I can tell you that I’m committed to using every resource in the state of Nevada to root out the corruption and criminal activity as it might be occurring in the legal marijuana marketplace.”

Sisolak signed a bill in the spring to create a Cannabis Compliance Board similar to the Nevada Gaming Control Board.

Sisolak says he is disappointed “in the lack of oversight and the inaction from the state over many years that led us to this critical juncture.”

“I imagine there have been … hundreds of thousands of transactions,” Sisolak said. “It seems highly strange to me that among all of those transactions, there were none that would have been referred to criminal prosecution.”