Home / In The News / Medicaid Expansion Benefits Childless Adults Most 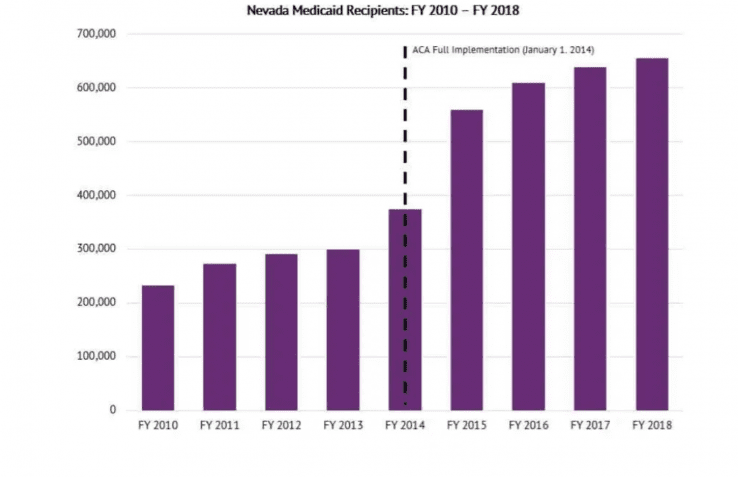 Nevada’s Medicaid Program gives assistance to half a million low-income adults and children in the state, according to the Guinn Center. This week they released a policy brief that shows which demographics benefit the most from a Medicaid expansion.

Surprisingly, the largest beneficiaries of the expansion to Medicaid are childless adults. The group most often excluded from Medicaid. about half of Medicaid enrollees is a non-elderly adult – making it the largest share of Medicaid recipients.

The list of counties with the largest amount of Medicaid recipients is the following:

and Clark County at 17.3 percent

Male and female recipients have increased at similar rates, though women are overrepresented in the Medicaid population relative to their population in Nevada.

If Medicaid is further expanded, we should expect to see a similar increase across the state of uncovered younger adults using the expansion to their advantage.