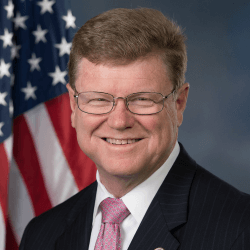 The winner is determined by a simple majority vote, so at least 26 states in the House voting