Nevada’s Right to the Cure for COVID-19

Home / General / Nevada’s Right to the Cure for COVID-19 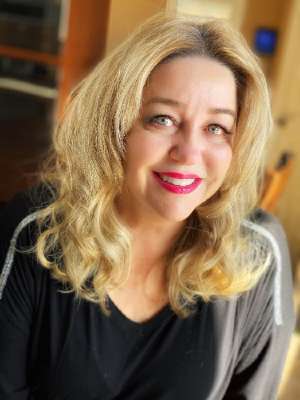 The Nevada Governor’s ban hydroxychloroquine expired on July 21, 2020. So why aren’t doctors prescribing it?

In just a few short months, happy-go-lucky Americans now are paralyzed with  fear of getting COVID-19 and fear of dying from it. Schools are closed and businesses shuttered, some permanently. Weddings are canceled. Hot August Nights. … canceled. Wear a mask or be fined. Don’t visit your loved one in the nursing home. And don’t even think about having friends and loved ones over!

So much of the 24/7 news is conflicting: from masks to social distancing.  But more significantly and troubling is the conflicting information disseminated about possible cures; specifically, the use of a common medication, hydroxychloroquine or HCQ for short.

Dr. Bruce Fong, a Reno doctor for the past 20 years has been advocating the use of hydroxychloroquine (HCQ). “There have been extensive studies showing that HCQ works,” says Dr. Fong. “It was effectively used in the early 2000s to fight the SARS virus and that is why many doctors reached for it at the beginning of this latest virus.”

The conflict likely began in early March, when President Trump, in an effort to give hope to the masses, said that a French study suggested HCQ was proving effective in the fight against the COVID-19 virus. Trump tweeted out, “Hydroxychloroquine & azithromycin, taken together, have a real chance to be one of the biggest game changers in the history of medicine.”

An FDA approved drug, for the past 65 years, HCQ has been safely treating people with malaria and numerous rheumatologic conditions. But soon after Trump’s tweet, the use of the drug quickly became political, with waves of studies coming out to criticize the drug.  Governors in several states, including Nevada, jumped on the bandwagon to squash the notion that HCQ might be helpful.

On March 23, Governor Sisolak banned the drug’s use in outpatients in Nevada for 120 days. Only extremely sick people needing hospitalization were allowed to have it.  But by then it was often too late to be beneficial”

When the ban finally expired on July 21, 2020 there was no major announcement about it. Thousands of doctors and pharmacists are still unaware that the ban has been lifted.

Meanwhile, people in Nevada continue to get sick with COVID-19 and many die.

This prompted Dr. Fong to finally speak up. “My conscious kept bothering me,” he said.  Fong, a licensed, osteopathic internal medicine doctor is also the President of the Nevada Osteopathic Medical Association and is a medical director at Sierra Integrative Medical Center.

Dr. Fong has been using HCQ to successfully treat dozens of his patients sick with COVID-19. “It’s important to treat with HCQ during the early days of the virus, before the body goes into hyper-immunity and starts to shut itself down,” explained Dr. Fong. “If your symptoms are not lessening after three or four days and, instead, appear to be worsening, that’s the time to start HCQ treatment.”

Dr. Fong recommends a trio of drugs to combat COVID-19. “The first is HCQ which blocks the virus from getting into the cells while helping zinc to be taken up more rapidly by the cells. Next is zinc; one of the most powerful of the naturally occurring antivirals which readily destroys the virus.  And lastly, azithromycin – this drug knocks down secondary bacterial infections which can occur while your body is busy fighting off the initial virus.”

Dr. Fong refers to a website which lists hundreds of studies about HCQ – the vast majority of which are positive:  <https://c19study.com/>.  There are numerous other examples, including the July 2,  Henry Ford study Henry Ford Health System which says, “Treatment with hydroxychloroquine cut the death rate significantly in sick patients hospitalized with COVID-19 – and without heart-related side-effects.”

Dr. Harvey Risch, a renowned cancer epidemiologist at the Yale School of Medicine has concluded that the risk of a cardiac event from HCQ is extremely low, and that the benefits of early use far outweigh any risks of using it. “The key to defeating COVID-19 already exists. We need to start using it,” says Dr. Risch.

On August 12, several doctors sent an open letter to Dr. Fauci, https://www.zerohedge.com/medical/doctors-pen-open-letter-fauci-regarding-use-hydroxychloroquine-treating-covid-19  condemning him for his stubborn refusal to advocate for HCQ. The doctors urge Dr. Fauci, saying “It is essential that you tell the truth to the American public regarding the safety and efficacy of the hydroxychloroquine/HCQ cocktail. Americans must not continue to die unnecessarily.”

So why is there such a controversy about a medication that has been safely used for more than 65 years and in fact, was safely used to treat the SARS virus in the early 2000s?  Why are so many doctors, who are quietly prescribing HCQ with excellent results, afraid to speak up for fear of losing their jobs?

You know the old saying, “follow the money?” The cost of the Hydroxychloroquine “cocktail” including the Z-pack and zinc is about $50. The cost of Remdesivir, the much touted, experimental COVID-19 treatment is about $3,200.

But is money and greed the real motive for the war against HCQ or is there another, more unsavory agenda?

Could it be possible that there is a political element sinister enough to sacrifice the lives of American citizens in order to advance their political agenda, ensuring the President loses the election?

Perhaps we may never know why such a reliable, effective drug like HCQ has been the source of such controversy.

“There’s been a loss of common sense in medicine,” says Dr. Fong. “I want to do everything I can to inform doctors and their patients about HCQ. I want to stop the fear and most of all, I want to save lives.”

Bev and her husband, Mark, moved to Reno in August 2019 from the Bay Area where she finished out a career
in Human Resources. As a side gig, Bev wrote a weekly wine column and published a historical photo book, The Wineries of Santa Clara Valley. Bev continues to write about wine and spirits for ThisIsReno.com,  (an online news source). Bev loves “everything” Reno and is passionate about keeping Reno “red” and maintaining the quality of life here. Bev is a volunteer member on the Communication Committee for the Washoe County Republican party. She also serves on the  Board for the Republican Women of Reno as its recording secretary. When she isn’t volunteering, you can find Bev at the driving range, learning to play golf.