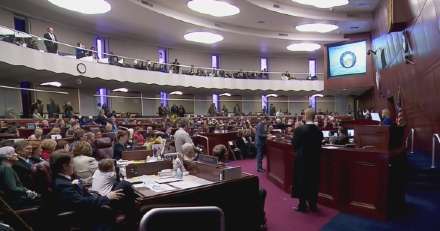 New reforms will make Nevada one of the least restrictive states in the nation for abortion. The legislation will ease requirements that doctors tell pregnant patients the “emotional implications” of an abortion, says NPR. The SB179 law, “Trust Nevada Women Act,” was passed on a near party-line vote.

It also removes criminal abortion penalties. This includes lifting the requirements that a physician certify in writing that a patient gave their consent freely without coercion and age verification. The state also decriminalized people who are unqualified by state standards to give abortions. It also prevents witnesses from testifying against black-market abortions.

In 2009, the FBI identified Las Vegas as one of the 14 cities with the highest child prostitution rates in the country. Over the summer, the FBI saved 14 children from child traffickers. According to Las Vegas FBI spokeswoman, Sandy Breault, “The local victims were between 14 and 17 years old while all the suspected traffickers were adults.”