Reading Scores on National Exam Decline in Half the States 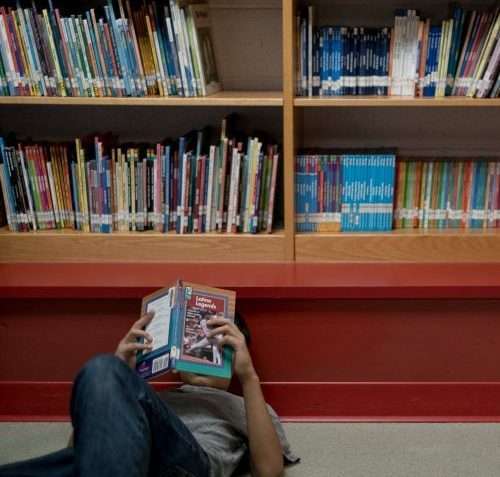 Over half our graduates cannot read; The problem starts in Grammar School

WASHINGTON — The average eighth grade reading score on a nationally representative test declined among public school students in more than half of the states, according to data released Wednesday by the National Center for Education Statistics, the research arm of the Education Department.

The dismal results were part of the release of the National Assessment of Educational Progress, known as the “nation’s report card.” The test assesses a sample of fourth and eighth grade students — more than 290,000 in each subject in 2019 — every other year.

“Over the past decade, there has been no progress in either mathematics or reading performance, and the lowest-performing students are doing worse,” Peggy Carr, the associate commissioner of the center, said in a statement.

Such findings will inevitably prompt demands for policy change. In a statement, Education Secretary Betsy DeVos, who is championing a $5 billion school choice program, said that the results “must be America’s wake-up call.”

“We can neither excuse them away, nor simply throw more money at the problem,” she said.

That vision is in stark contrast to the one that has emerged in the Democratic presidential primary. All the leading candidates have suggested spending billions more federal dollars on traditional public schools, and two of the front-runners — Sens. Elizabeth Warren and Bernie Sanders — have proposed slowing the growth of the charter school sector.

The losses on the national exam were steepest for students who had been struggling the most, a segment that is the focus of many school reform policies.

“Eighth grade is a transitional point in preparing students for success in high school, so it is critical that researchers further explore the declines we are seeing here,” Carr said.

White, black, Hispanic, Native American and multiracial students all lost ground in eighth grade reading, while there was no significant change for Asian students.

Washington, one of 27 cities to participate in a separate analysis of urban school systems, was the only city or state to see significant improvement in eighth grade reading, according to a federal analysis of the data.

This year, 31 states noted a drop of 2 to 7 points in their average eighth grade reading score — which the federal government deemed significant — compared with their performances in 2017. Indiana, New Hampshire and Virginia were the states with the largest declines among eighth graders.

Fourth grade reading scores dropped in 17 states, with New Jersey having the largest decline, 6 points; only one state, Mississippi, improved, the data showed.

While the most recent results are disappointing, trends in student achievement look more positive over the long term. American students have made large gains in math and small gains in reading since 1990, but those improvements began to level out around 2009. There is no consensus among experts as to why.

The Council of the Great City Schools, a coalition of large urban school systems, said it saw a hopeful story in the new data. Over the past two decades, students in cities have moved closer to national achievement averages in both math and reading.

“The fact that large city schools have cut their performance gap with the nation in about half is even more remarkable when you consider that our schools have substantially more poor students and English-language learners than the average public school across the nation,” the group said in a statement. Such results “suggest that the nation’s urban public schools are adding substantially more educational value than the average school.”

The National Assessment of Educational Progress is considered a “low stakes” exam, because schools and teachers do not lose funding, pay or autonomy based on how their students perform. Some researchers consider the test the gold-standard measure of learning nationwide, while others argue it is unfair to judge schools using an exam that may have little connection to the material teachers cover in the classroom.

DeVos said the 2019 scores reflected a “student achievement crisis,” where progress had stalled, two out of three children were not proficient readers, and outcomes continued to worsen for the most vulnerable students.

“Every American family needs to open the nation’s report card this year and think about what it means for their child and for our country’s future,” she said. “The results are, frankly, devastating.”

This article originally appeared in The New York Times.