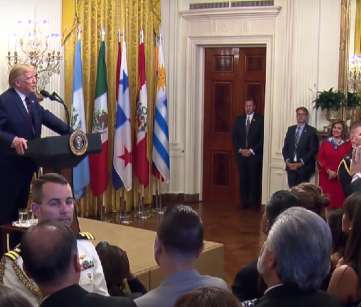 The seasonally adjusted unemployment numbers for Hispanics and Latinos has dropped to a record 3.9% in September. This smashed the previous record of 4.2% in August and broke previously held records from earlier in year. The U.S. Bureau of Labor Statistics (BLS) released this data on Friday.

In September, the unemployment rate for Hispanics and Latinos was 3.9% down from 4.2% in August –setting a record low. This broke the previous record low of 4.2% in April and May.

286,000 more Hispanics had jobs in September than the previous record held in August. The number of Hispanics in the workplace also rose in September. The Hispanic labor force participation increased from 66.7% to 67%.

The number of unemployed Hispanics is down 81,000 in September as well.

Here are the facts in an easy to read format:

Republican job policies are working and appear to be working for people of all backgrounds and ethnicities. This is why we need to continue these winning policies in Nevada.

Will you be voting Republican in 2020? Let’s turn Nevada Republican!