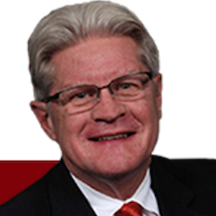 Many people around the country have accused schools of teaching or planning to teach Critical Race Theory (CRT) to K-12 students.  Schools have denied it, claiming they’re teaching subjects such as social justice, equity, systemic racism, diversity and inclusion.

Also, programs such as “No Place for Hate,” “Teaching Tolerance,” “Learning for Justice,” “Black Lives Matter at School” and “The 1619 Project” from the New York Times.

Mainstream media, including Associated Pres, join the educrats in going to great lengths to distinguish CRT from these subjects.  They insist CRT is an arcane subject taught only in law or graduate schools and unreachable by younger students.  So, implicitly the K-12 subjects and programs are unrelated to it.

That claim’s a lie.  Pure CRT is indeed taught mainly in law and graduate schools, but also in some undergraduate classes – just as, for example, Constitutional Law is taught.  But just as ninth-grade civics is integrally related to con law, these K-12 subjects and programs go hand in glove with CRT.

CRT and these K-12 subjects are all based on treating society as composed of identity groups inherently in conflict, not free individuals as the elements of society, politics and economics.  CRT’s essential groups are race based; other Critical Theory bases include gender, sexual practice and preference, feminism and cultures.  The new K-12 teaching usually includes these variants too.

What all this has in common is that their approach to analysis, doctrine, advocacy and practice is essentially social and political Marxism.  That is, they are based on the idea that certain characteristics such as race (gender, etc.) are the key factors in defining rather rigid social and political groups that are inherently in conflict with each other.  Marxism, of course, used economic groups such as the proletariat, capitalists and bourgeoisie.

Critical Theory posits that some groups – men, whites, straights, Christians, western cultures – are privileged over others by law, social structures, economics, education, etc.  The privilege is so ingrained, pervasive and strong, even when not apparent, that it permeates all of society and persists despite social change, anti-discrimination laws and reform.  It continues through decades and centuries to unfairly benefit the privileged groups and allow them to oppress the others.

The privilege and dominance even resist integration and intermarriage.

Hence, the essence of all social, political and economic interaction now, in the past and future is unfairness, dominance, subjugation and exploitation.  That is, systemic racism (sexism, etc.) that results continuously in exploitation of the allegedly powerless by the supposedly privileged.  Since this pattern is so resistant to any change, the only outcome is perpetual oppression of disadvantaged groups by privileged classes.

Unless, of course, the powerless organize by their social identities as determined by Critical Theory, and continuously and aggressively confront and challenge the alleged oppressor groups.  To the extent this conflict takes place in legal terms, it requires analyzing all matters in terms mainly of the defined neo-Marxist groups and basing law now and in the future on reverse racism, on favoring minority sexual preference groups, etc.

To the extent this conflict takes place in political terms, the politics is based on the poisonous identity-group conflicts with which we’ve struggled in recent decades.

In any event, the basic solution is to replace individual equality and real fairness with group equity, very strained and limited notions of diversity, and coerced inclusion.

Traditional high school civics and K-12 history teach individual sovereignty and liberty, separation of governmental powers, private property and economic enterprise without getting much into the philosophical and theoretical underpinnings supporting these practices and institutions.  Similarly, the new subjects and programs taught in K-12 present systemic racism, social justice, equity, diversity and inclusion without getting much into the legal, social, political and economic theory underlying Critical Theory.

But Critical Theory is the essential basis of all this doctrine and dogma.

Moreover, all this alleged victimization; this evil supposedly inherent in the structure of America, the West, free markets, private property, enterprise and democracy; the resentment and hate taught as a motivator of progressive and radical activism; and the solution to dismantle America and the rest are truly pernicious and destructive of human wellbeing and real fairness.

Parents are right to insist this crap end.