Home / In The News / Legislative / Stampeding Over Title IX 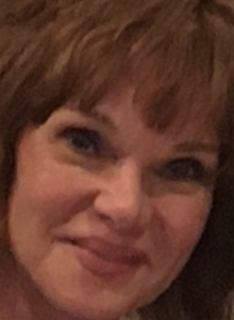 In Ron Knecht’s recent post regarding LGBTQ rights, he explores transgender (T) issues and their rights separately from the other four letters represented in the acronym, LGBQ.

While the majority of heterosexuals have tolerated, passively accepted, or even embraced gender identity rights within the LGBQ community when those rights are limited to their private lives and do not intrude on the majority, President Biden’s latest executive order on gender identity discrimination in athletics has upended years of progress made for female athletes and literally changed the game. The order now calls on schools nationwide to allow transgender athletes to compete in whichever gender they identify with.

In 2015, while it was only a federal recommendation, Washoe County School District adopted Administrative Regulation 5161. This regulation allows transgender students to use the restroom and shower facilities of the opposite sex and participate in intramural and interscholastic competitive sports teams “in a manner consistent with their gender identity.”

The overwhelming consensus on the subject is this is unfair to female athletes, many of whom are speaking out against it. Transgendered boys and men competing in athletic competitions established for girls and women is not a level playing field and counters what Title IX was meant to do in its original intent. Title IX is a federal law within a section of the United States Education Amendments of 1972 that makes it illegal to discriminate against a person on the basis of sex in any federally funded activity.

But when the law was written and enacted, sex had binary choices for gender, male and female, and transgender rights were not considered in that context. Now we are faced with the challenge of acknowledging the conflicting rights of transgendered persons against the majority of heterosexual persons.

At the heart of the matter is that outstanding female athletes have no chance of winning against their previously male competitors who typically were ranked much lower in men’s standings in those events.  Knecht states in his post that “even after a full biological change to female, including surgery and hormones, persons born as men still have significant advantages in size, bone and muscle mass, strength, etc.” As one girl said, “That unfairness doesn’t go away because of what someone believes about their gender identity.” She makes a good point.

It also makes me wonder how this new order will affect the choices parents make when allowing their daughters to compete in sports. The pandemic will eventually be gone and students will return to the classrooms and athletic endeavors.  How will the new law affect those programs when played out in the real world? Like most things, time will tell.

Knecht also pointed out that the transgender population encompasses 0.03 percent, or three in ten thousand, who claim to have significant transgender tendencies with a ratio of about 9,997:3. In a society built on inclusion and fairness, is this new executive order by the President fair when it ignores the rights of the majority to allow for this new norm? What do you think?