The actions of the WCSD Board are unprecedented | John Eppolito 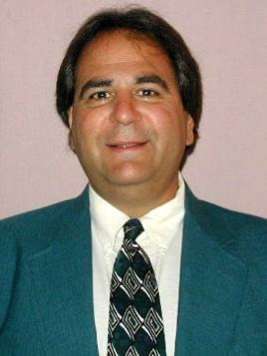 This opinion column was submitted by John Eppolito, president of Protect Nevada Children.

Re: “Regarding public comment at WCSD board meetings,” July 4:

As the founder of Protect Nevada Children, I have been intimately involved with the Washoe County School District board for 12 years, longer than anyone on the current board. I’ve “worked with” five superintendents and numerous board presidents.

June 22 is the first time I’ve seen the board remove initial public comments from the agenda. Now parents can only speak on items not on the agenda at the end of the meeting, which could be between approximately 4 p.m. and 12 a.m., an eight-hour window. Superintendent Kristen McNeil and President Angie Taylor are attempting to silence parents and community members.

The district’s own survey showed 84% of people are against the district teaching critical race theory and social justice curriculim in kindergarten through 5th grade. At recent board meetings about 90% of people speaking on this issue have been against our schools teaching CRT in elementary school.

The structure and tone of board meetings is more divisive than it has been for at least 12 years. Prior to McNeil becoming the superintendent, the school district’s attorney was in the room but sat separately and was occasionally called upon for advice. Under McNeil, the attorney sits to the right of President Taylor and is typically more involved in the meetings than the superintendent.

President Taylor and Superintendent McNeil have done more than I thought possible to divide the WCSD board, staff, teachers, parents and our community. For example:

1. Recently, the board narrowly passed Board Policy 9210 – Equity and Diversity by a 4-to-3 vote.

2. On March 30, the board rejected Board Policy 4500 by a 4 to 3 vote. Board Policy 4500 – District Speech would allow teachers to show support on their walls for controversial issues the district determines are acceptable. President Taylor has made it clear teachers should be able to show support in their classrooms for BLM and LGTBQ, but not show support for pro-life and other controversial issues like Back the Blue. It appears Superintendent McNeil is in agreement with Taylor. So far, BP 4500 hasn’t passed, but with the two new board members that were recently appointed, it likely will.

3) Superintendent McNeil has forbidden board members from taking the equity and diversity training most district employees are required take. Benchmark Advance is the vendor McNeil and Taylor would like to use for the social justice/critical race theory curriculum. What if Benchmark, or someone Benchmark shares your child’s online social justice data with, labels your child a racist while they are in elementary school? If, when, and how may that come back to haunt your child?

John Eppolito is president of Protect Nevada Children. He can be reached at [email protected].