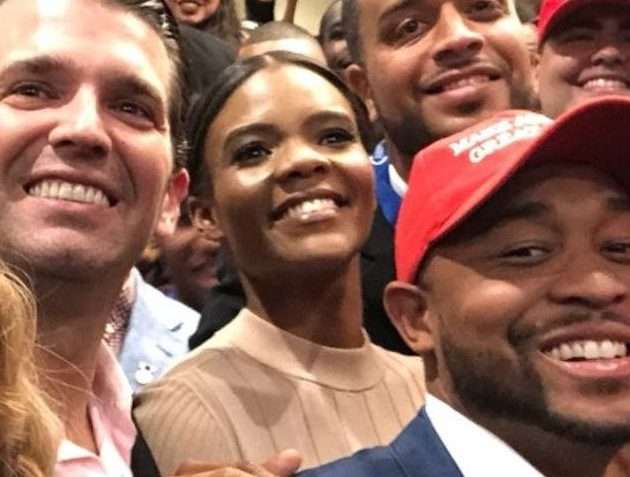 This came after TPUSA held the annual Black Leadership Summit in Washington, D.C.  Rice spoke to Breitbart News Daily with host Alex Marlow on Wednesday. Listen to the show below.

“The assistant dean sent out an email,” said Rice, “[which] stated TPUSA was a hate group, that we were linked with supremacy groups — that we were definitely not allowed on campus — that we should not be tolerated, and that all students and students and faculty should push back against us.”

“[The email] was received by all professors — all faculty,” continued Rice, who added that at the end of the email, the assistant dean encouraged administrators to pass the propaganda along to their students as well.

A section of the email sent by the assistant dean reportedly reads:

“Please warn your students that these hate groups are active. I also suggest that, when appropriate, you create meaningful dialogue around the subject in your classrooms. These can be difficult conversations, but we must be willing to engage in them. Moreover, we need to create discourses in our classrooms that can counter some of the false and misleading information students are receiving from some of these groups.”

“On October 7th, the local chapter of Turning Point USA will host the visit of Charlie Kirk. Several colleagues in CLA [College of Liberal Arts] and other colleges are collaborating with student organizations that are planning an alternative event or teach-in on the same day.”

Rice says that conservative students were never asked what they actually believe in.

“No one ever talked to us, so they would never know who we are actually,” said Rice. “We all have strong moral characters. This is why it’s so upsetting — we all come from a good place in our hearts. We’re all very loving people, we genuinely love every single person.”

“And by promoting hate against us on campus — through this email — there was constantly always something around the corner. I would go to class, and there would be posters with our logo —[they] put, ‘UNR protects racists, conservative groups are a place for white supremacists,’ stuff like this.”

“It was slander, everywhere I went, every single lecture hall, every building,” said Rice, “and it is to be believed that it’s coming down from the highest points of position in this university, and they’re encouraging students and teaching them that it’s okay to silence conservatives on campus.”Rice also described an angry liberal student that attacked one of TPUSA’s booth.

“This individual came up to us, and he started acting aggressive, arguing with us,” told Rice. “At one point — his body language was just very uneasy. We had valuables on the table — my laptop and a portable speaker. We started taking those off the table, in fear that he might do something.”

RT so they can’t ignore pic.twitter.com/WknR3OjvtL

The man in the video arrested says Reno Police Department.