Why We Shout When We Argue

Home / General / Why We Shout When We Argue 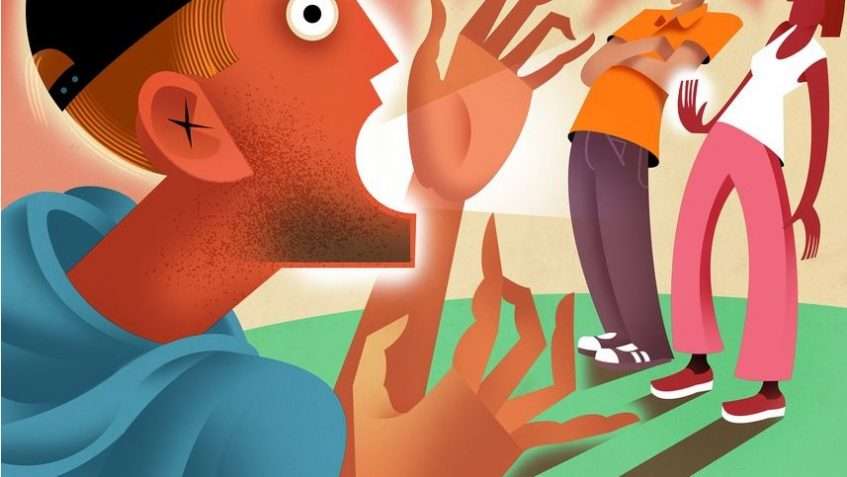 There is a lot of shouting in today’s discourse, from both sides of the political spectrum. Shouting matches have erupted on the House floor between Democrats and Republicans over individual Congress members’ vaccination status and in school board meetings over critical race theory and masking requirements.

It’s clear that shouting doesn’t actually persuade anyone. So then, why do we do it? Recent research points to a surprising answer: lack of confidence.

As a social psychologist I’ve studied the misperceptions people have about influence for more than 15 years, and I’ve seen that while we often are overconfident in our beliefs, the tendency to shout—whether over our neighbors, friends or adversaries—comes from underconfidence in our ability to convince others.

For a long time, it seemed as if researchers were constantly uncovering new ways in which people were overconfident. For example, in 2002 a team of Stanford researchers reported in the journal “Personality and Social Psychology Bulletin” on three surveys in which participants rated themselves as less susceptible to bias than their peers or than “average Americans.” In one follow-up, respondents stood by their assertion even after hearing an explanation of how their own view of themselves could be biased.

Ironically, the more assertive we are, the less persuasive we become.

Using similar methods, researchers have found that the average person thinks of himself or herself as better in myriad ways (more moral, creative, athletic, even a better driver) than the average person—a statistical impossibility. WELCOME BACK

In contrast to those findings, research has recently converged around a very different conclusion when it comes to our beliefs about our social proficiencies, such as our ability to win friends and influence people.

In one study reported in the Journal of Personality and Social Psychology in 2017, participants were asked to indicate their answers to survey items such as who had more friends, was part of more social circles and had a wider social network—themselves or other people. Participants displayed classic overconfidence on several nonsocial items; for instance, they believed they had larger vocabularies than other people. But they were decidedly underconfident on the social items, believing themselves to have fewer friends, smaller social circles and narrower social networks than other people.

A number of other studies published in the last five years have revealed people’s tendency toward underconfidence in the social domain. For example, people surveyed when exiting a public space believed other people had been less interested in them than they were in the people around them. People interviewed following a brief conversation with a stranger thought the other person had liked them less than that person had indicated having liked them to the experimenters. Participants who were asked to predict how difficult it would be to get others to comply with their requests found that it was easier than they expected to convince both friends and strangers to agree to do an annoying and tedious task, such as counting beans in a jar.

Together, these two seemingly contradictory, but actually complementary, sets of findings create a perfect storm that leads to shouting. Believing ourselves to be more moral and less biased than other people makes us overconfident in the things we believe. At the same time, assuming that others are not paying attention to us and not listening to what we have to say makes us underconfident in our ability to get our opinions out there and convince others of them.

In other words, we shout because we feel as if we are shouting into the void.

Ironically, overcompensating for lack of confidence in our proficiency as influencers leads us to use overly assertive language, which is actually an ineffective tool for persuasion. In this way, our pessimism can become self-fulfilling, leading to a downward spiral of dwindling influence as we shout louder and louder to be heard.

In one series of studies, a group of researchers directly examined the question of whether people overestimate how assertive they need to be in order to be persuasive. Participants were asked to choose between two types of messages to persuade someone to make a health change—one relatively gentle, one more “shouty” and commanding. The experiment also employed different scenarios about how important the stakes were and whether the target of the message was receptive to advice or not.

The researchers found that people chose the assertiveness of their messages based solely on how important they thought the issue was and ignored the other person’s receptiveness. When they felt the stakes were high, they chose the “shoutier” message regardless of the other person’s openness to advice.

We know from research on persuasion that this is the exact wrong thing to do if you want to persuade someone. In other work, the same group of researchers found that those very sorts of assertive messages tend to backfire in reality, particularly when the other person is less receptive. Indeed, the effectiveness of softer appeals for persuasion has been extensively documented by experts who have studied message assertiveness in the domain of health communication, including campaigns to reduce smoking and increase exercise.

People’s intuitions about how to get across their opinions and advice run counter to decades of research on persuasion and social influence, which shows that less is often more. We shout because we don’t think people will listen to us otherwise. As a result, we are overly assertive when trying to get our message out there, despite the fact that our arguments, advice and appeals would actually be more effective if we made them a little gentler.

—Dr. Bohns is an associate professor at Cornell University. This essay is adapted from her new book, “You Have More Influence Than You Think: How We Underestimate Our Power of Persuasion and Why it Matters,” which will be published by W.W. Norton on Sept. 7.